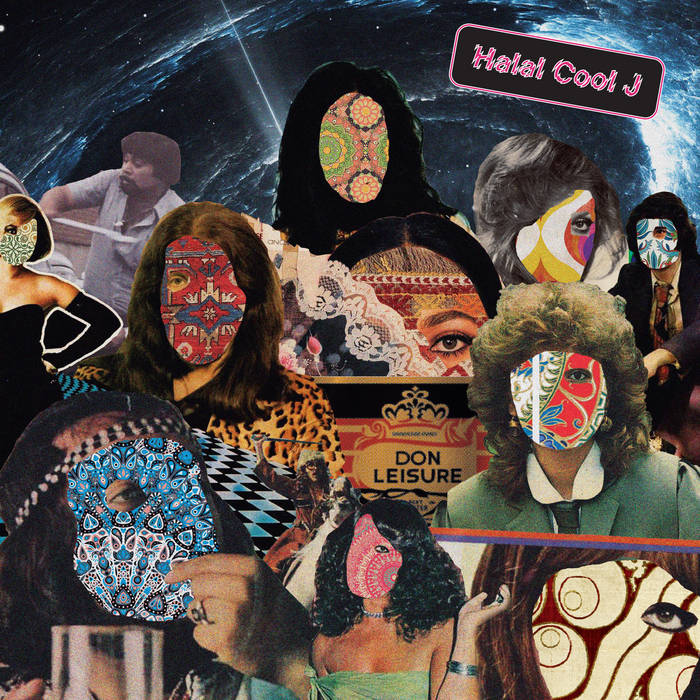 Bobo On The Corner

Following on from the recent single release on First Word Records, Don Leisure laces us with an all-new 17-track album of beats, 'Halal Cool J'.

'Halal Cool J' appeared originally in early 2017 with 'An Ottoman Excursion' on First Word's sister-label, Excursions - a series of edits born out of a decade-long love of Turkish music & various record-digging expeditions.

In Don's words: "I got into Turkish music around about 2006 when Egon (ex-Stones Throw) put out a Turkish Funk podcast showcasing artists like Baris Manco, Erkin Koray & Selda. The musical rabbit hole led me to discover re-releases on labels like Finders Keepers, and I've been hooked ever since. It's hard to find original pressings of Turkish music in the UK, so when my cousin landed a job in Istanbul, it was the perfect opportunity to make a bunch of trips there, armed with a portable turntable, hunting for dusty records.

After my first visit, I formed a relationship with Deform Records owner, Ozan. He invited me back to play a few times at Arkoada, in the the Asian side of the Kadikoy district in Istanbul, DJing in the same neighbourhood the original Turkish psych legends would've hung out and performed in, back in the 1970s.

The influence of western artists fused with fuzzed-out traditional instruments and themes is something I'm still amazed by to this day, and I'm always discovering amazing Turkish records that refuel my love for this sound. Following 'The Offering' album launch at Brilliant Corners in London, I went to Istanbul at 6am the next day for another record dig. Most of the discoveries I bagged are incorporated in this new album".

Back in 2017, Don Leisure also introduced us to 'Shaboo' - a beat album inspired largely by Don's Bollywood actor Uncle, Nasser 'Shaboo' Bharwani, and by memories of journey's with headphones hurling out Hip Hop, fused with the sonics of his Mum's interruptions, and her favourite Asian radio station. 'Shaboo' featured in several end-of-year album lists, with Piccadilly Records calling it "the best album of it's kind since Dilla's 'Donuts'. Unmissable."